Skip to content
Sea turtles and the chance to see a Dugon were just some of the reasons Rob Corby and fellow Marlin Sub-Aqua Club divers headed back to Marsa Shagra in Egypt.

At the end of November 2017 Ellie, Pete, Steve and I set off for a week at the Red Sea Diving Safari resort of Marsa Shagra. For those of you not in the know of this place Marsa Shagra diving village consists of accommodation ranging from tents to deluxe chalets, a main dining hall where you get all your meals buffet style, a bar and most important of all ‘the shade’ where you store your equipment, kit up and get cylinders from. The set up is basically turn up to dive when you want between opening hours which were approx 0600 – 2100 grab a cylinder (you only pay for nitrox, air is included) and dive either the north or south reefs by zodiac or shore dive.

We flew from Birmingham to Marsa Alam and got a minibus transfer, which is provided by the resort and takes around 20 minutes. We arrived after dark so after checking in we put our kit in the lockers, had dinner and contained our excitement for the following week’s diving before retiring to our royal tents for the evening.

Before diving we had to take an orientation but as Steve and Pete had been before we were excused this. Me and Steve did a total of four dives on the first day as the other two didn’t join us for the night dive. During this and most dives we saw, Lion fish, Blue spotted ribbon-tail rays, Yellow surgeon fish, Clown fish, Goat fish, Parrot fish, Unicorn fish. We also spotted a Brown Octopus hiding in rocks and Hawksbill and Green turtles.

On the second day we started on the south reef going out and returning by Zodiac. The morning dives were the best time to see the greatest abundance of marine life, however as we discovered after this dive it was quite cold on the surface until the sun had been up for a while so all subsequent morning dives were started a little later. During this dive we observed a large Moray eel hiding in a stack of coral. After breakfast we did our second dive on the south reef this time we saw a Grouper. On the third dive we headed out to the north reef, where floating in mid-water was a strange transparent worm like creature which was approx 2 feet long and had a circumference of about 30cm. after poking it with my camera its consistency was determined to be jelly like! On the night dive Pete joined me and Steve where as well as feeding the Lionfish with the aid of torch light we saw Spiney Lionfish, a large grey Pufferfish, orange Grouper, A Moray eel on the hunt and a fearsome looking Crocodile fish. Me and Steve were very impressed with our night dive however Pete was not converted and that was to be his last night dive of the trip.

The Third day started on the south reef where we encountered an area of poor visibility due to sea state so we doubled back. On this dive we were treated to Grey box fish and a large silver Grouper. On the second dive we were deeper than average due to ‘sway’ from the rougher seas, however this didn’t seem to bother the Garden eel standing upright in the sand. For the third dive we went to the north reef as ribs had been stopped to the south reef and were soon to be stopped on the north due to the rougher seas. On this dive we saw a Titan Triggerfish. For the night dive Ellie joined me and Steve to see a good variety of life eating one another plus some small shrimps which had bright red eyes when you shone a torch at them.

The fourth day started on the south reef when shortly after decent we were briefly joined by a pod of dolphins that felt the need to swim between our party, we were also treated to the sight of a Black tipped reef shark. The second dive of the day took place on the north reef which also didn’t disappoint. We spent some time watching a Titan Triggerfish biting a lump of coral into pieces. There was also a group of two small and two large clownfish defending their anemone from us. We did a further two dives, the second we descended to 25 meters and made our way back up the coral slope twisting and turning through the gullies and a small cave. For the night dive it was just me and Steve as Ellie was not a convert to night diving.

On day five we went to Abu Dabbab which is a small dive centre a ten-minute drive away. The site is a bay of sea grass where there are lots of turtles and the chance to see a Dugong. Despite our best efforts of covering to bay in a zig-zag pattern we saw turtles with pilot fish but no Dugongs. After this dive it was back to Marsa Shagra and on to the south reef where we spotted a Mobular ray passing by. We did another shorter dive to also be able to get a night dive in. On the night dive we saw a catfish and two squid.

We decided to have pay for an extra days diving as we would still have over 24 hours before our flight the next day. Me and Pete headed off for a trip in the rib to the Elphinstone which is a famous reef approx five miles from shore of Marsa Shagra. The reef rises from the seabed some 70m below, rising in plateaus from north to south before reaching the summit some 1 – 3m from the surface. We entered from the rib on the east side using negative entry, and did a drift dive north to a plateau at 20 meters. The reef life was not very active due the sun being on the other side (we only followed the guide) however we were ushered towards the liveaboards moored towards the north of the reef where the food being thrown in attracted Oceanic Whitetip Sharks and Travallies. After spending some time here, we headed to the 20m plateau for a short time only, as some of the others in the group had gone through their air rather quickly. We arrived back at Marsa Shagra just as Ellie and Steve were finishing their morning dive on which Ellie did some of her skills towards her Sports Diver qualification. We thought this would be a good time to get breakfast. We did a further 3 dives during the day of which Ellie performed more skills required for her sports diver qualification. Myself and Steve did the night dive and last dive of the trip. Although we thought it would be around 25 minutes we spent 50 on the dive, mainly due to watching a large Moray Eel hunting in a column of coral. There was also time spent watching the Lion fish and Grouper feed. After the dive it was just over 24 hours until our flight home, so it could not have worked out better really.

The last day was started with a well earned lie in, a leisurely breakfast and the packing of our nicely dried kit before lunch, lots of soft drinks and chatting before the transfer collected us for the airport.

I could not recommend Marsa Shagra enough to all levels of diver. During the week I did 26 dives (or 21 hours and 15 minutes of diving) all of which I thoroughly enjoyed. Each dive was filled with a wonderful array of marine life, and although there are only 2 reefs each dive was different. Coupled with freedom to grab a cylinder when you want (between opening times) go where you want, for as long as you want I know I will be returning here in the near future. 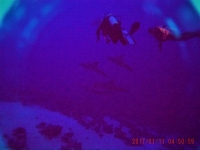 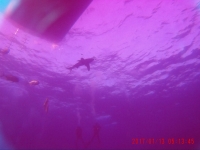 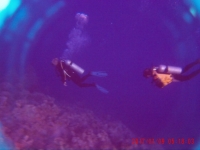 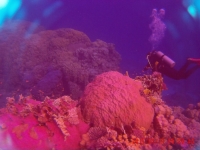 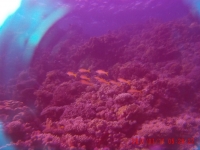 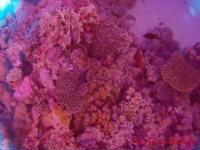 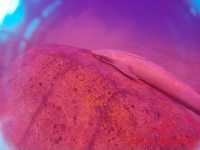 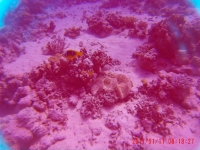 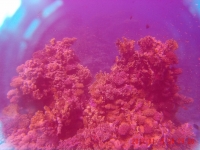 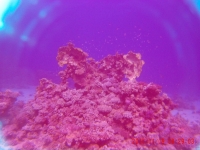 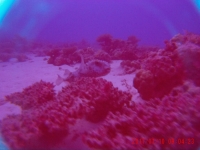 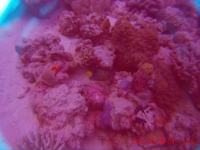 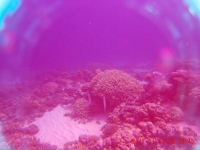 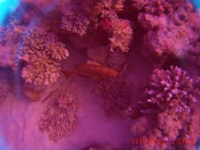