Skip to content
The usual Swanage suspects don't disappoint as the club makes a return trip to the Jurassic Coast.

We’d need to set off at 5 am on Monday to beat the weekend commuters, advised Jamie. So that decided it: at 2 pm on Sunday afternoon the five of us – Martin, Hugh, Steve, Jamie and Peter – set off from Nuneaton in two cars for Swanage. Hugh had found us a cracker of a camp site – flat pitches, good clean toilet blocks and, best of all, an on-site bar and restaurant. By 7 pm we had Jamie’s tent up and were ensconced in the bar.

Next morning we were on the pier, kitted up and ready for an 11.30 am ropes off – via a fine breakfast at one of Swanage’s many cafés. We dived with Divers Down and had chosen them for their stable twinned hulled boat with fast diver – lift and handy shop and compressor on the pier.

First dive was the “wreck” of two Valentine tanks, a WW2 experiment with floating tanks that failed because in the event they sank. Bad for the war effort; good for future generations of divers. The tanks are in about 16 metres of water and about 75 metres apart on the sea bed, connected by a rope. Viz was poor – about 3 metres – and current was heading towards slack. The tanks are small, but have masses of life on them: schools of bib/pouting and saithe or pollack, lots of blennies and each with large resident conger eels and quite possibly the two largest lobsters I’ve ever seen.

By the afternoon, the high spring tide was in full ebb and the second dive was a drift dive from Old Harry Rock and west under the cliffs of Ballard Down. The current was strong (about 3 knots) and viz was down to about 2 metres. The dive was therefore a bit like coming in to land at Heathrow in dense fog. We did fleetingly glimpse a couple of spider crabs, some ballan wrasse and half a dozen smooth hounds, but for the most part, though, it was a fast drift over endless pebbles. We aborted the dive early out of boredom.

After an early morning wake up the “fantastic five” broke camp and made their way down to Swanage town centre for breakfast in the High Street café. After a hearty breakfast and coffee we made our way down to the pier to get kitted up and onto Divers Down boat, Spike, for ropes off at 9:20am.

After a short trip out to the ledges we got our kit on and exited the boat from the rear and once each group of divers were ready descended down to around 14 metres and the drift began. Visibility was at around 2 metres, so not the best, but it was enough. During the drift a variety of wildlife was spotted, from fish and cat sharks to lobsters and crabs. At around 40 minutes into the dive, the water got deeper and divers maintained their depth and when the bottom was out of sight and didn’t return, they decided it was time to ascend, perform safety stops before being collected by the boat, and returned to Swanage Pier. With water temps around the 16C mark, it was a comfortable dive.

After changing cylinders, getting refreshments and boarding Spike we set sail for the wreck of the Betsy Anna. Built in Newcastle on the banks of the Tyne, the Betsy Anna was steel steamer weighing in at 880 tonnes. In October 1926 she struck Prawle point in Devon and in an effort to save her she was re-floated and was being towed to Cowes in the Isle of Wight when she started to take on water and sank.

We arrived at the wreck site and after departing the boat we descended the shot line onto the Betsy Anna. The visibility wasn’t great at 2 metres due to a lot of silt floating in the water. Exploring the wreck we found an array of fish, crabs, lobsters and conga eels, some of the biggest I have ever seen. After 40 minutes of exploring it was time to start ascending as we were starting to build up deco so we deployed our DSMBs and started slowly for the surface. Once on the surface we were safely picked up by Spike and skipper Pete and given hot chocolate. The rain had started while we were in the water so we took shelter while we sailed back to the pier where we de-kitted, packed up the cars and started our journey back to the Midlands. 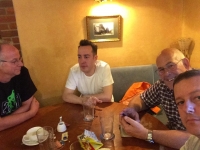 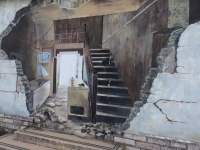 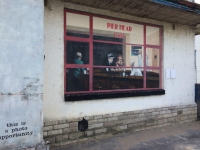 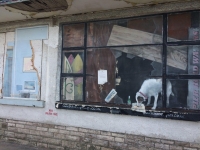 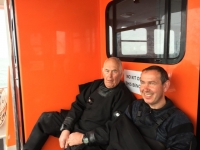 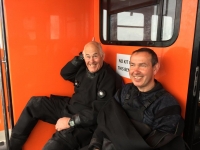 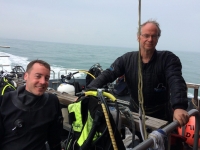 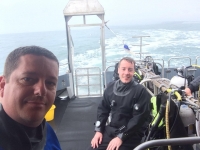 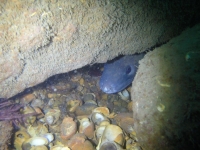 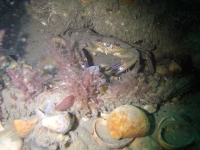 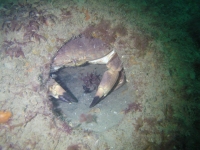 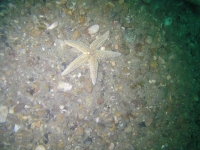 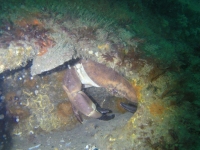 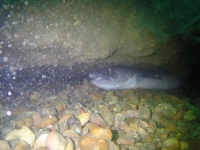 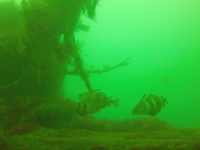 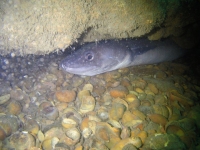 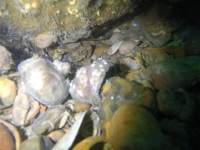 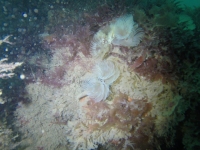 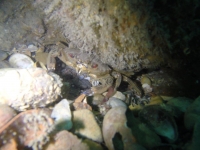 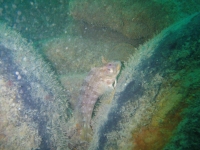 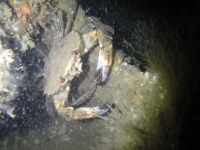 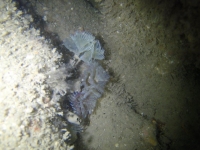 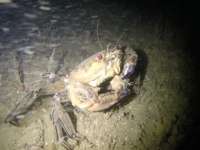