Skip to content
Underwater visibility not seen in the UK for years made for a memorable trip to Portland for nine Marlin Sub-Aqua-Club divers.

Accommodation was arranged at The Bunker in Victoria Square, Portland for Wednesday and Thursday nights. It was adequate but crowded as there were two bunks (for four people) in each small room with a single sink and small shower. However it sufficed and was close to Portland Mariner where we were launching. We ate at the pub across the road that night and grouped there as people arrived.

We woke early the first morning, had a relaxed breakfast and made the short drive to the marina to meet Scimitar skipper Nick Bentall for a 09:15 launch. Some made use of the nice changing facilities in the marina while the rest kitted up on the boat as usual. The weather was a bit foggy but the sea was relatively calm as we headed out to our first wreck of the trip, the Aeolian Sky, a huge freighter now lying on her port side on the sea bed.

As we descended we could see the water wasn’t as clear as we hoped, visibility was around 2-4m but it was enough to navigate around the wreck. Dropping in at the first hold most people headed north to follow the structure to the stern. Those with enough gas passed the now mostly collapsed superstructure and found the stern anchor before heading back up to the boat. Back onboard we all enjoyed a hot drink from Nick, the skipper, and discussed the dive (including the pair who let go of the shot line early and enjoyed a dive on HMS Seabed!).

Described as the area’s most popular drift dive this made a good second dive after the gloom of the Aeolian Sky. Drifting over the mix of sand and rock, the whole floor was a mass of baby scallops. They chomped the water as they swam upwards as we disturbed them which was very entertaining. Edible and spider crabs were seen, a ray and a catshark. The visibility was about 6 to 7m this time and everyone enjoyed this as a second dive.

After diving we used the excellent facilities at Portland marina again as these were much better than at the B&B. The evening’s meal was fish and chips from just next door which turned out to be a great choice. We then walked up to the pub on Chesil Beach for a pint overlooking the sea to discuss the days diving more. We didn’t get the brilliant visibility that we had hoped for but it as overall a good days diving.

This is one of the most popular boat dives from Portland and everyone had hoped this would be the highlight of the trip. We were not disappointed! This submarine was built in 1918 and was converted to carry a light seaplane in a hangar. It sank in 1932 likely due to diving with the hangar doors open. It is an official War Grave.

After the disappointing visibility the day before everyone was nervous what we would see below, there were many stories of diving the M2 and not being able to see your hand in front of your face.

We descended from the surface and it was obvious that the visibility was going to be good, when we reached the wreck we saw that the visibility was spectacular. Clear water and plenty of light from the surface brought almost half of the wreck into view. Needless to say everyone thoroughly enjoyed this dive. Entering the hanger, seeing the plane launch mechanism and exploring the rudder before eventually leaving the wreck with DSMBs from the highest point which was the conning tower. Animal life abounded. Lots of conger eels, crabs and lobsters and a huge shoal of pollock (the stripey fish).

Dive 2: Dropped up tide of the James Fennel

The second dive of the day was a drift dive up against the rocks on the west of Portland in an area called Blacknor. The skipper gave specific instructions as he dropped us on one wreck, we were told to move out to 17m then follow the drift at 140deg to pass over the James Fennel. Very few pairs accomplished that. Even so it was an interesting gentle drift and we saw lots of life between the rocks at depths ranging from 15 to 20m.

Overall a very good two days mostly thanks to the brilliant dive on the M2. Once we have made use of the marina facilities most headed home. Jamie and Martin stayed on an extra day to dive on Chesil Cove the following morning to extend their trip.

Staying at: The Bunker in Victoria Square, Portland
Diving with: Scimitar 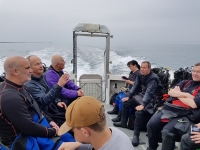 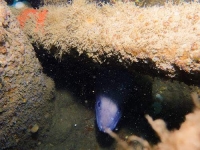 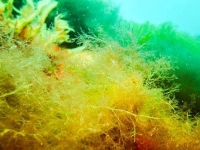 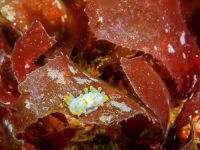 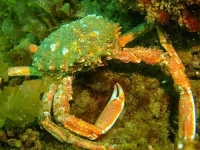 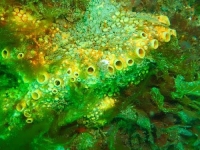 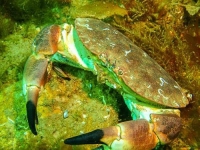 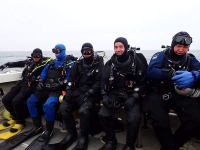 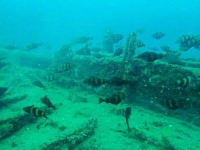 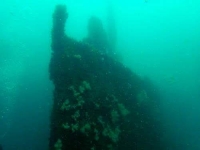 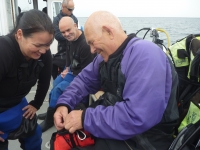